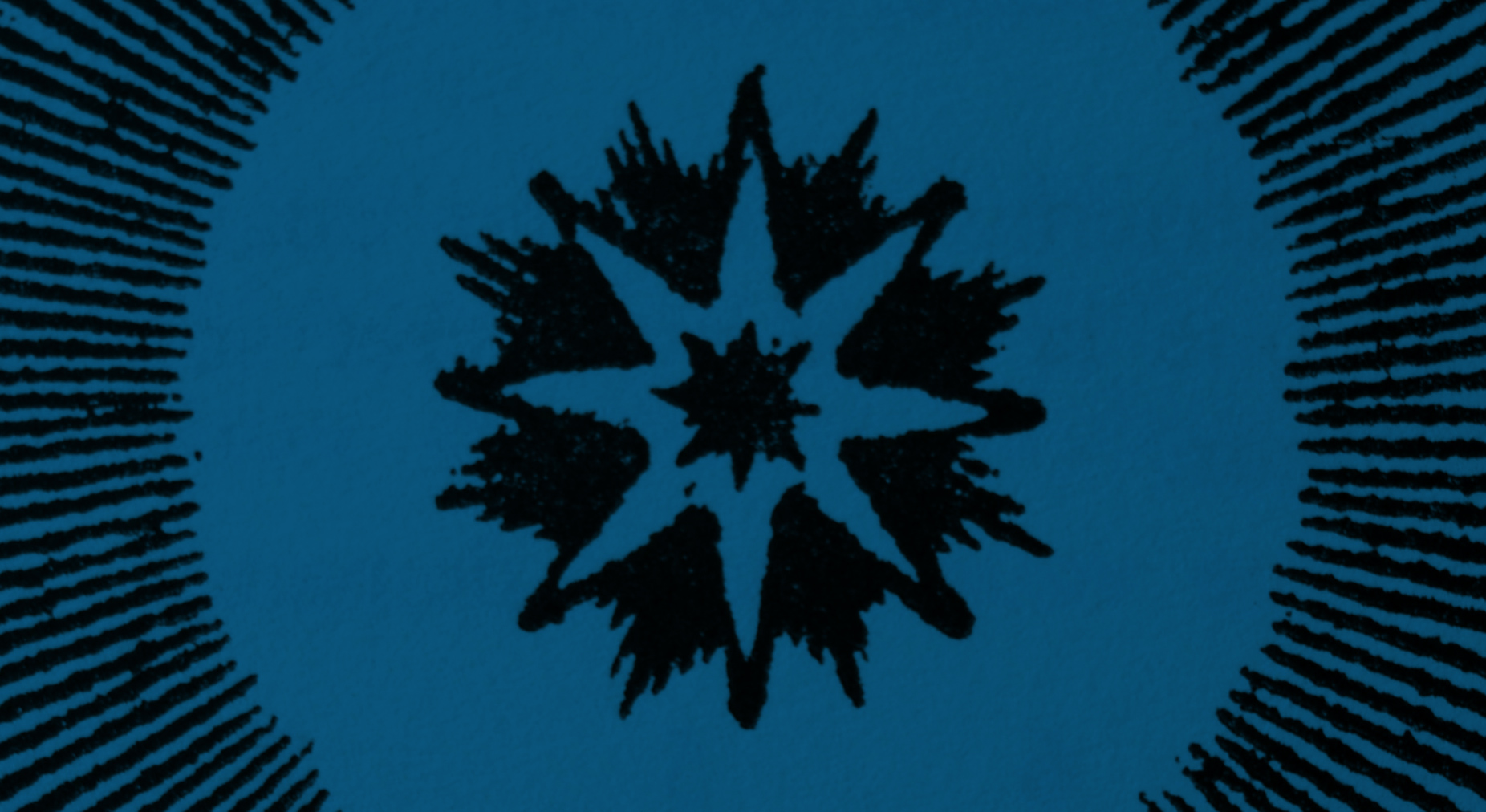 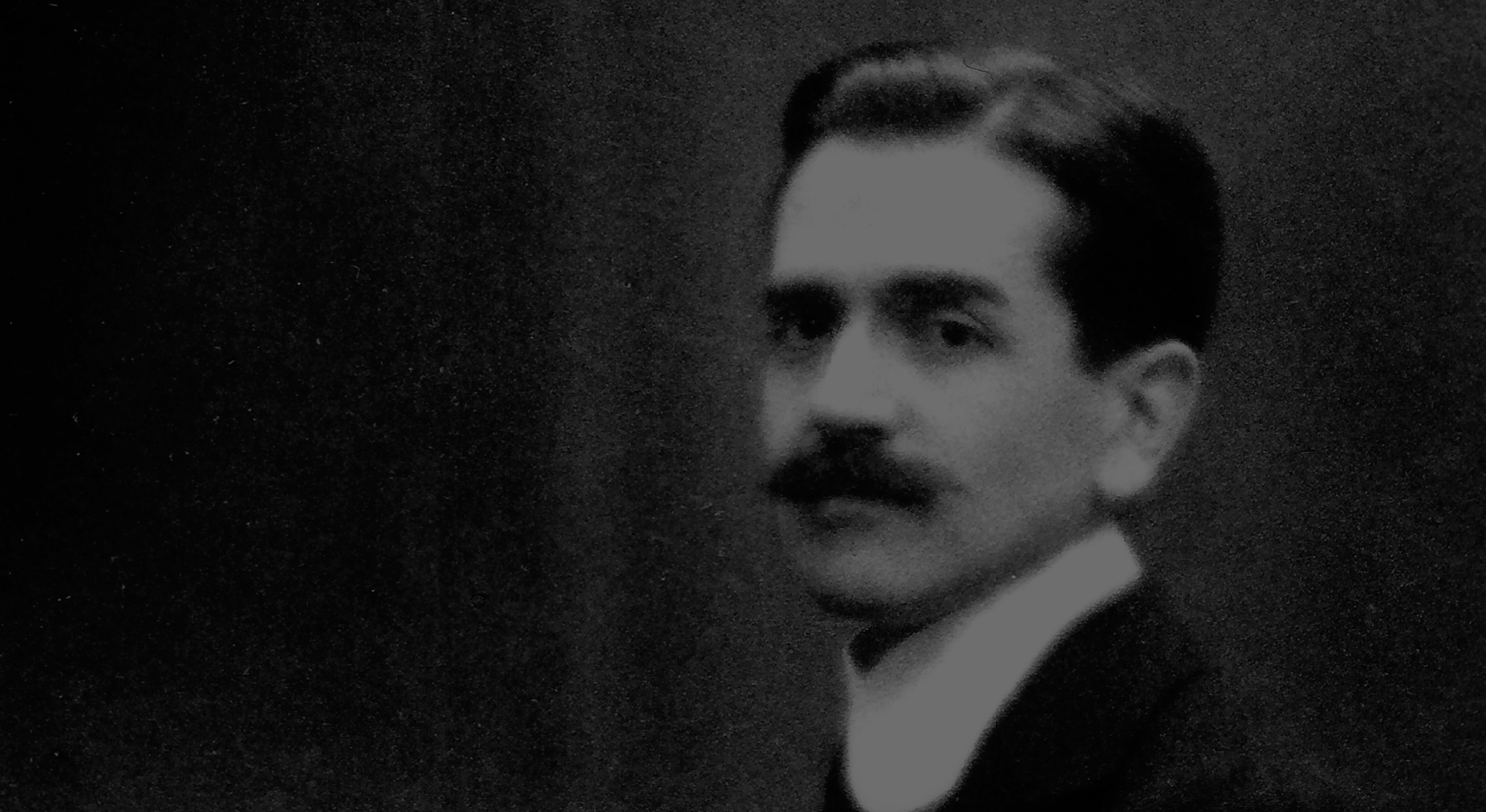 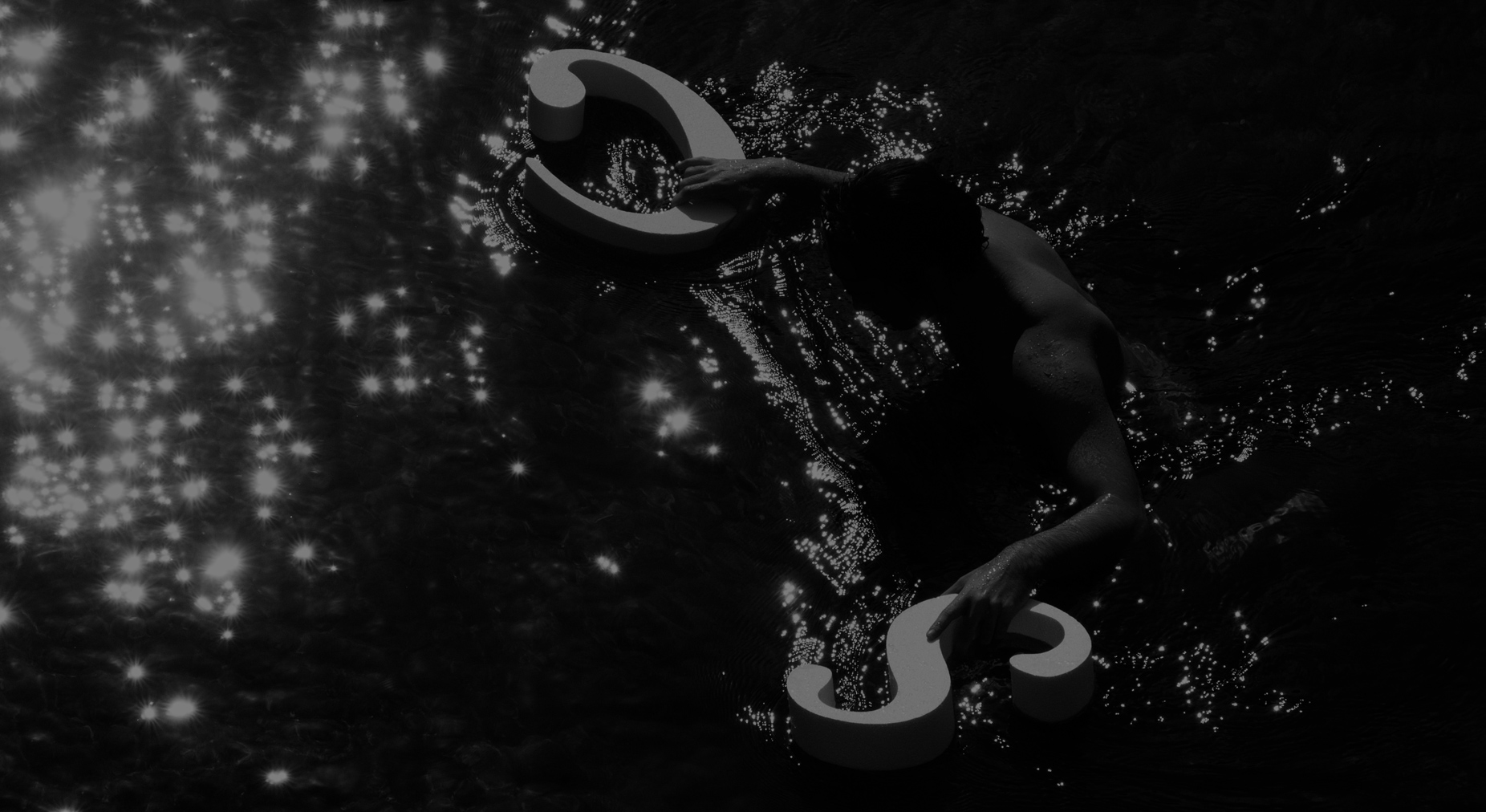 The Raymond Roussel Society is a meeting place for artists, thinkers and revolutionaries who sympathize with Roussel. We want to unite those around the world who share in Roussel’s spirit, who are not content to accept life at face value.

Our Society brings together the avant garde of today, allowing for new synergies and connections to be formed like never before.

Our dream is to go beyond simply uniting this dispersed and philosophically linked group. We want to support and promote those that share Roussel’s vision and spirit, in all art forms. We hope to bring to fruition actions to promote Roussel, such as art exhibitions or film festivals.

Additionally, we want to create grants or programs to support those brilliant Roussel sympathizers; those with grand dreams and visions, who may be lacking the support to realize them. Writers, artists, musicians, philosophers, actors, … – all those that question the world around them and are unafraid to experiment and challenge society’s standards and rules. 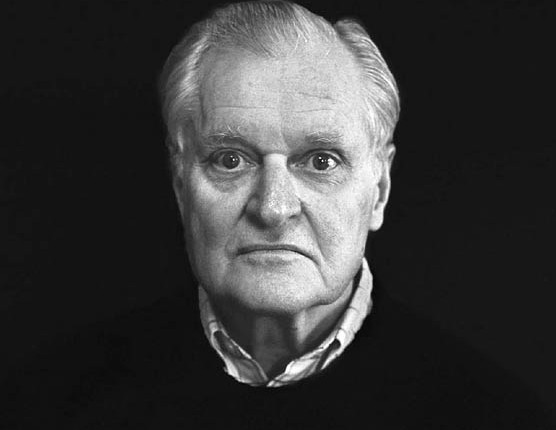 John Ashbery was born in Rochester, New York, in 1927. He was the author of many books of poetry, including Breezeway; Quick Question; Planisphere; Notes from the Air; A Worldly Country; Where Shall I Wander; and Self-Portrait in a Convex Mirror, which received the Pulitzer Prize for Poetry, the National Book Critics Circle Award, and the National Book Award. He lived in New York.

Greatly influenced by Roussel (and even learned French to properly read him), Ashbery has said after reading Roussel that your “feelings about language will never be the same again.” Roussel´s influence on Ashbery is clear, Ashbery rejected society’s impositions on structure, plot and language use; rather he ventured into a new world testing the limits of language and our consciousness.

Ashbery provided great visibility to our Society and shared the profound insights of one of the most important literary figures of our time. 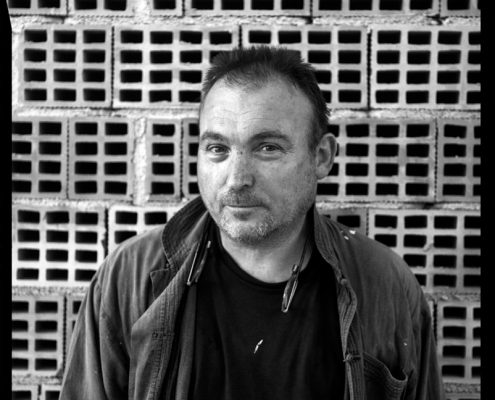 In 1975 commenced his studies in Fine Arts in Barcelona, but dropped out in order to begin an independent career as a painter. After bursting onto the international scene at the Sao Paulo Biennial in 1981 and at Documenta 7 in Kassel in 1982, Miquel Barceló has strengthened his position as a model contemporary artist who sees his art as a continuance of the tradition of western painting since the Baroque. Resident in Paris since the mid-80s, his frequents trips to western Africa feed his imagination with figures and myths. In the early eighties, he began to exhibit his works in the most important museums and galleries of Europe and United States and has become the most highly-rated spanish artist on the internacional scene. His work has been the subject of retrospective exhibitions such as those organised by the CAPC of Bourdeaux, el IVAM, of Valencia, the Jeu de Paume and the Centre Georges Pompidou in Paris, the MACBA in Barcelona and the Reina Sofía National Art Center in Madrid or the exhibition at the Spanish Pavilion, on the occasion of the 53rd International Art Exhibition, the Venice Biennale in 2009.  In 2003, he received the Prince of Asturias Prize for Plastic Arts. Barceló has been involved in several projects as the contemporary intervention at Saint Peter’s Chapel of the Cathedral of Majorca in 2007,  the ceiling painting for the Human Rights Hall at the United Nations offices in Geneva in 2008, the mesmerizing performance piece/living sculpture with the Hungarian/French choreographer Josef Nadj: Paso doble or the joint event presented at  The Bibliothèque nationale de France and the Musée national Picasso-Paris in 2016, where paintings and ceramics are shown at the Musée national Picasso-Paris while the engraved works  and  a monumental fresco made of soil and daylight  created in situ are put on display at the BnF.

From the begining of his career until the end of the seventies, Miquel Barceló was a follower of the Expressionist movement to which he added the unmistakable air of the Mediterranean. The first works of his mature years focused upon the intimacy of the artist and the act of painting. Later, he extended the scope of his subject matter to include still lifes of images of libraries and museums, in which he expresses his interest in the history of painting as well as in landscapes saturated with terrestrial and maritime flora and fauna. Parallel to his activities as a painter, he also produces scuptures and ceramics. His drawings are of  special importance. These are organised like travelogues in which he carries out a parallel exploration of the subject and materials of paintings. 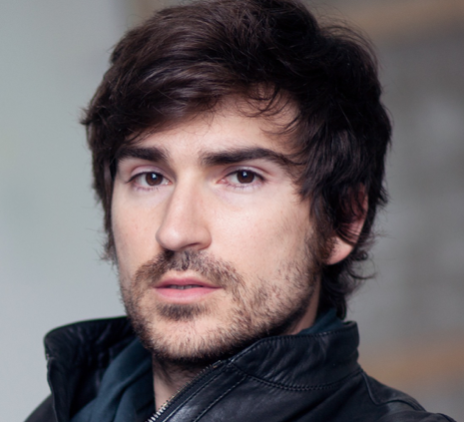 Bofill is a Visual Artist and Film Director. The instigator of The Raymond Roussel Society, Bofill discovered Roussel by way of Dalí. He was so captivated and inspired by this figure, that he ventured into a journey to learn more about Roussel, and created the Raymond Roussel film Le Jour de Gloire.

Bofill has a special ability to involve and create synergies between people from widely different fields, in order to create unique projects. It was during the filming of Le Jour de Gloire that the idea occurred to Bofill to unite these influential figures to work together and create The Raymond Roussel Society.

In addition to Le Jour de Gloire, he also created the artistic film La Hie in 2014, in which he paid homage to Roussel on the centennial anniversary of the publication of Locus Solus. 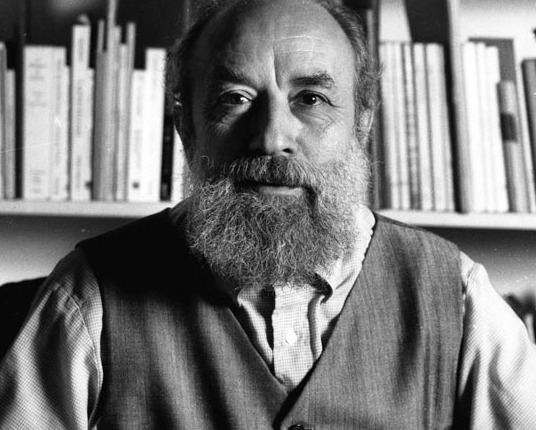 Prominent French writer, novelist and poet, he has won significant literary awards including the Prix Apollo, the Prix Fénéon and the Prix Renaudot. An experimental writer, Butor explores beyond novels into poetry, essays, and even ventures into works that are unclassifiable. His best known work is La Modification (Second Thoughts), 1957; written in second person, it forces the reader to experience the novel from a different perspective, putting the reader in the center of the action.

As a writer who has worked closely with artists, he connects with Roussel’s vivid use of language. He provides the link and understanding between literature and visual arts for our Society. 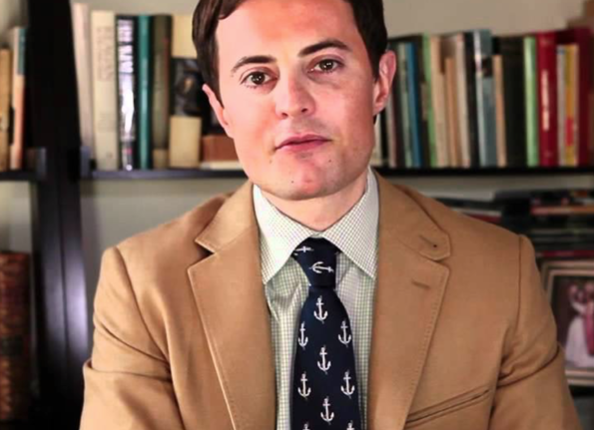 CEO of the Human Rights Foundation, he is a human rights advocate and film producer. Through his work, he has made significant contributions in public policy, public interest advocacy, individual rights and civil liberties, and pro-democracy advocacy. He appears regularly in The New York Times, The Wall Street Journal, The Washington Post, Time Magazine, BBC News, al-Jazeera, CNN, HBO and many other relevant news sources.

Based on the New York Times description of Halvorssen as a maverick “who champions the underdog and the powerless,” Roussel is one more figure that Halvorssen believes in and advocates for. 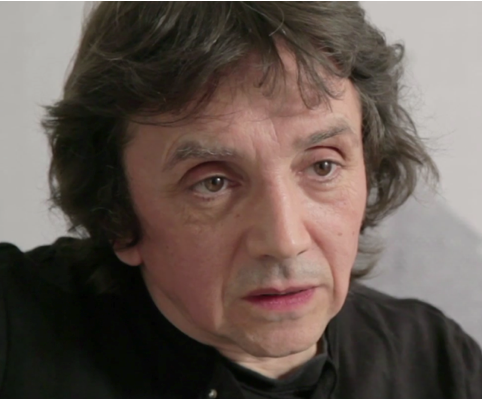 Professor at the University de Vigo; he is an academic specialized in French literature, one of the few who studies Raymond Roussel and George Perec.

Salceda edits the Raymond Roussel magazine (Classiques Garnier), co-edits the Formules magazine (SUNY) and is a member of the ANR Difdepo group at the University of Paris 3-Sorbonne Nouvelle. He is well versed in the complexities and translations of Roussel’s works.

Salceda provides an academic reference to our society, a master at analyzing, interpreting and translating Roussel’s works.

Raymond Roussel Universal Legatee, Antoni Taulé is a painter born on August 25, 1945 in Sabadell, Catalonia. Architect by training, performer and street artist during the Sixties, his art has been labelled as part of hyperrealism and a representative of the “new figurative” movement. He paints classical empty buildings and interiors: ballrooms, office receptions, halls of the Louvre museum, chambers of the Prado, the Palace of Versailles, monumental spaces that fuse reality and fiction under a fleeting atmosphere of light.
His unique creative universe mixes scientific and mathematical concepts and a passion for art from the past, Italian, Dutch and Spanish old masters, especially Diego Velázquez and Francisco Goya. It has inspired numbers of writers and critics, like Jean-Christophe Bailly or Julio Cortázar who, fascinated by Taulé’s rooms and tables, wrote the story “Fin de etapa”, in Deshoras, a book published in 1983. From 1982 onwards, Antoni Taulé has created set designs, largely springing from development in his own painting, for some of the great opera and theatre, including Washington Square, Henry James’s novel, adapted by Rudolf Nureyev, Enfance and Pour un oui, pour un non (For No Good Reason) by Nathalie Sarraute, or Francis Poulenc and his Dialogues of the Carmelites adapted from a play by Georges Bernanos.